In this post, I summarize my work on the US Police Violence & Racial Equality dataset compiled by John Miller on Kaggle. This was a part of the 15 week sprint at #ChaiEDA hosted by Sanyam Bhutani and Machine Learning Tokyo. The idea of the sprint was to use exploratory data analysis on the dataset and understand relevant patterns within it. A detailed representation of the task is present here.

In the remainder of this post, I shall write about my thought process while analysing the data and how I arrived at certain conclusions through my analysis. As I would like to save you the pain of a long read, I shall not be explaining the code or the graphs used. These can be viewed in my kernel here.

My methodology for analysing the data at hand was fairly simple. It consisted of the following steps: 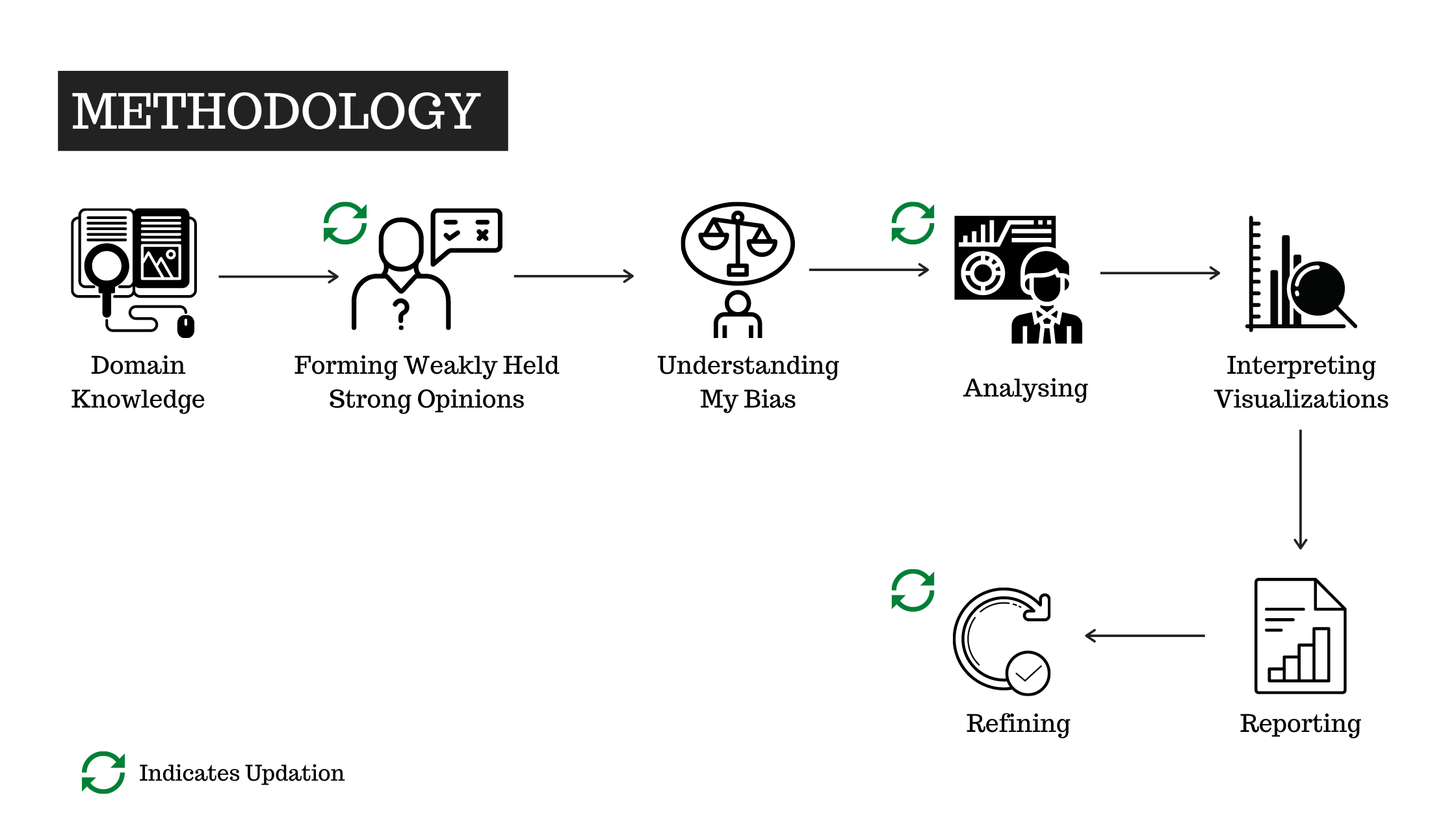 There was nothing I knew about this data more than what was given in its description. And I also lack any kind of experience in the relevant domain and hence my ability to work with this data was limited. The first task then was to understand the domain in consideration. And by understanding, I am referring to the collection of a wide range of ideas and knowledge born out of different perspectives. Some of the links used in order to attain this level of domain understanding were:

Each of these 13 sources provide different ways to look at the problem at hand. Some conflict minorly, some agree largely. But together, they helped form a rounded understanding of the problem.

After all that reading, there definitely were view points that I formed in my mind. Well, if I didn’t have any of these it would mean that the authors of these pieces didn’t do their job well. It is their job to ensure that people take their narratives to heart. But, it’s always our choice whether we want to stick to somebody’s version or form a bit of our own too! I came across the “Forming Weakly Held Strong Opinions” through an episode on Shane Parrish’s The Knowledge Project podcast. The fundamental idea is to evolve if presented with more correct facts. It’s to be ready to shift perspective on a problem to identify many more facets of it. This is what I tried doing too. A couple of the strong opinions I formed after these articles:

Towards the end of my analysis, some of these were modified by the data I analysed.

First, I would like to disclose that I have no experience with racism. I have never been discriminated against and I have never seen anybody be discriminated against on racial grounds. Therefore, my ideas on this are clearly what I have got of the movies I have watched or shows I have seen or news I have read on social media. Hence, it was important to know how biased I was to my pre-conceived ideas and acknowledge its existence. In order to maintain social etiquette here, I shall skip the part of discussing the biases my mind was fixated upon. The important thing is that I now know why many of those biases were wrong. And I also do realize how some of these were right, but now I have data to know why these were right.

The entire notebook comprising of code, analysis and relevant explanations can be found in my Kaggle notebook titled Understanding the extent of police abuse in the US.

The code has been written in Python and it uses the following libraries:

“The purpose of visualization is insight, not pictures” - Ben Schneiderman

After having the visualizations, the next task at hand was to unearth insights of it. It was important to make these graphs interpretable. Each viz had a different story to tell and understanding what each story meant, why it meant that, how it can be used to improve the current state of things was important. Simply put, the necessity was for actionable insights.

This step required me to pay a revisit to Domain Understanding and it also helped update my Weakly Held Strong Opinions. But I also didn’t want to unknowingly be carried away by a narrative. So, the idea was to have a fact-based overview and connect these quantified bits to form a narrative that was focused on real evidence.

This was just the part where I had to write about my finds and the steps I took to achieve them. In fact, this article itself is a process to completing this step.

Some of the most important finds of my analysis were:

This is applying final touches to my work before making it public and defining it as complete.

Other Kagglers have also produced some very relevant analysis about the dataset discussed. A few of my favorites(in no particular order)are:

Finally, I also acknowledge that maybe my finds do not conform to what the reader believes in. Yet, I urge the reader to think about the data presented.

Beliefs play an important part in our systems and networks. However, beliefs alone can’t always get the job done. Sometimes, beliefs obscure the truth and misrepresent fallacies as knowledge.