Remember the code you wrote in your last data science project for replacing certain values appearing in a feature with another unified value?

If you do, will you be able to write the exact code every time, again and again for every project you undertake?

If you can, do you think it’s an efficient move, having to write the same code snips over and over again for every project?

If you don’t think so, this post is for you. If you think so, you might be driving on the wrong side of “Writing Clean, Readable and Reproducible Code for Data Science”.

Through this post, I shall provide an understanding of one of the most commonly overlooked tools in data science projects, “Utility Scripts”.

What is a Utility Script?

Utility scripts in the context of your data science project can be thought of as small, simple snippets of code written as independent code files and stored within your project environment. Usually, each script is designated to perform a particular task. For example, you can have a file titled clean_data.py which does (yes, you guessed it!) data cleaning. Within this script there can be several other functions. In the case of clean_data.py, possible functions could be rename_columns(), drop_miss_vals() etc.

Why use a Utility Script?

The fundamental question to ask before proceeding forward is, “How do we usually write code for our data science projects?”. By skipping over the matters of whether we use notebooks or scripts, or whether we code in R or Python, a more concrete way of discussing about this would be as follows.

We write code for our data science projects in a way where more often than not, we trace back to projects that we have worked on in the past, pick up code from those projects and use them in tandem with the fresh code we are writing for the current project.

So, essentially code once written is not forgotten after the project. It continues to be of help to our activities in the future. 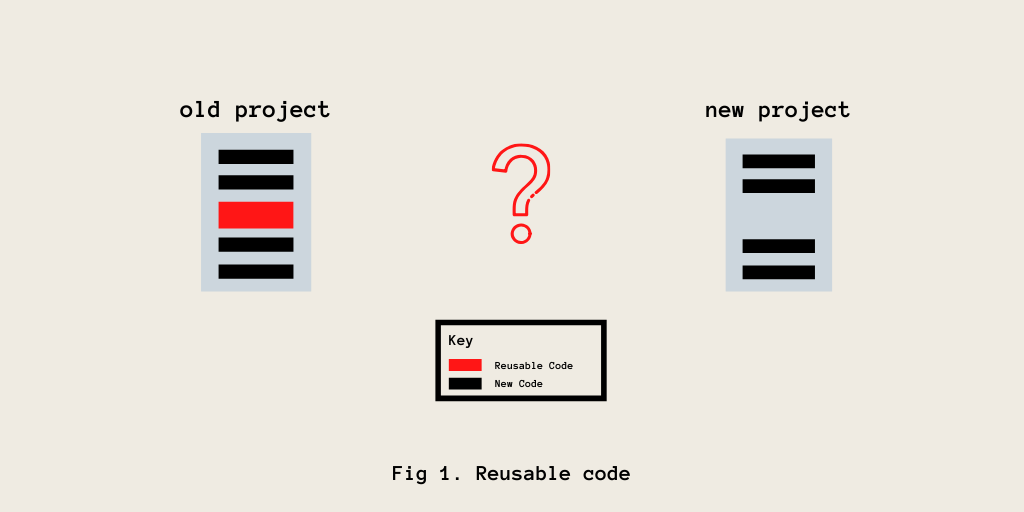 As depicted in fig. 1, if we are to work on the new project, how can we reuse the code from the old project in our new project? An intuitive, more obvious way to do this would be to Copy-Paste the reusable code into the new project. That works well as it is easy, quick and simple. But, it is to be noticed that this method that seems like a quick-fix also has the usual disadvantages of quick-fix methods.

Like all quick-fixes, this is not meant to address the larger issue and is only a temporary solution. It seems like a time-saving option, but in reality it eats away a huge chunk of our time in the long run.

What Issues persist with the Copy-Paste Method of Reusing Code?

There are 3 main issues that often occur when we try using the copy-paste method for reusing our code from past projects :

If you have faced these issues in the past, it becomes so much more easier to perceive the reason why we need to look towards a new method to maintain and use reusable code in our data science projects.

Another reason to have utility scripts

Now an important question here can be,

“Why write separate code files(or utility scripts) with these functions when we can have them in our main program file itself?”

A simple answer for this is that, “Having too much code in a single main program is not the best way to organize your project”. Such a singular program file structure

This is another reason why we need to replace the copy-paste methods that we use usually, with the method of writing utility scripts.

Having pierced the armour of the copy-paste method in the previous section, it becomes more important to finally introduce the usage of utility scripts.

Reiterating myself, “Utility scripts in the context of your data science project can be thought of as small, simple snippets of code written as independent code files and stored within your project environment”. It is better to write these scripts in a way that a particular script takes care of a particular type of task associated with your project.

As depicted in fig. 2, utility scripts contain code snippets that have helped in past projects to perform a general task which is helpful across different kinds of projects(eg: renaming columns in a dataset). These scripts can be loaded onto newer projects as and when there is a requirement to do so. In this way, the utility scripts’ location acts as a central repository or storage for functions that you constantly use across your projects. 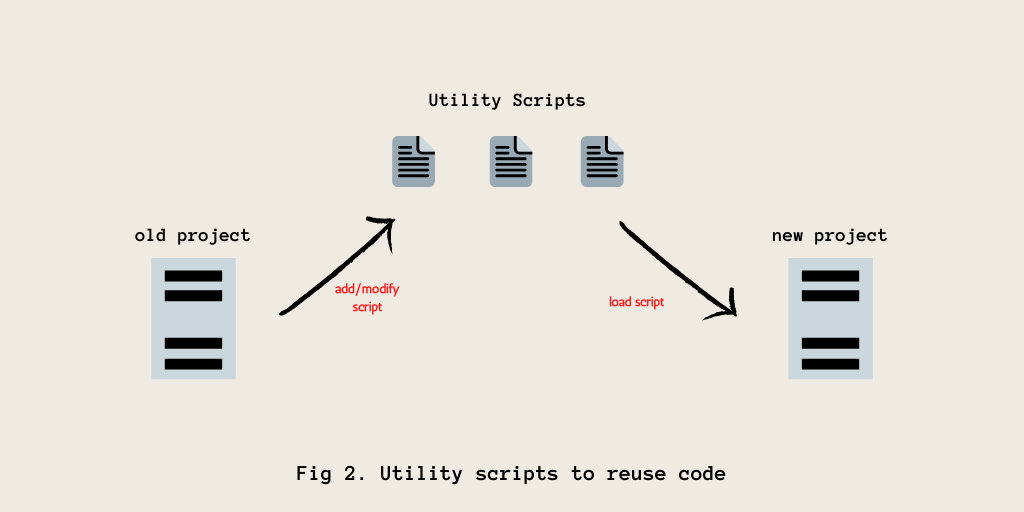 An Example of a Utility Script

This is an example of a small utility script that helps performs the task of splitting a single .csv dataset into

NOTE : If you wish to reuse this utility script, you might have to make a few changes in the dataset paths.

How to Load Utility Scripts in Python

Having shown you an example of utility scripts and discussing in detail about why you should use one, it is important to now provide instructions on how to load theses scripts onto your main programs. Consider the utility script provided in the previous section (train-test split one). Let’s assume this file is named train_test_split.csv. Also assume that the project environment that you are working in is structured in the following way :

NOTE : The above structure is a very inchoate way of designing a project hierarchy and should never be used in practice. However, it is a fairly simple structure for explaining the content of this article and hence it has found use here.

The main_notebook.ipynb(in src) is the jupyter notebook in which the analysis and machine learning modelling is performed. Our utility script resides in a seperate utils subdirectory within the project’s main directory. Both src and utils are sibling directories.

To use the utility scripts in the main_notebook.ipynb, enter the following code snippet in along with the other standard imports at the beginning of the notebook.

Utility Scripts are great ways to ensure that

When to make a utility script and when not to do so?

In spite of all the advantages utility scripts provide us with, it is to be noted that creating utility scripts that help simplify our data science tasks is a meticulous job that requires careful planning. In the following cases, you might find difficulty in your projects even though you have utility scripts in place :

In fig. 3, I depict a common thinking process I adhere to when I write my utility scripts to ensure that the issues above do not arise. Hope it helps you. 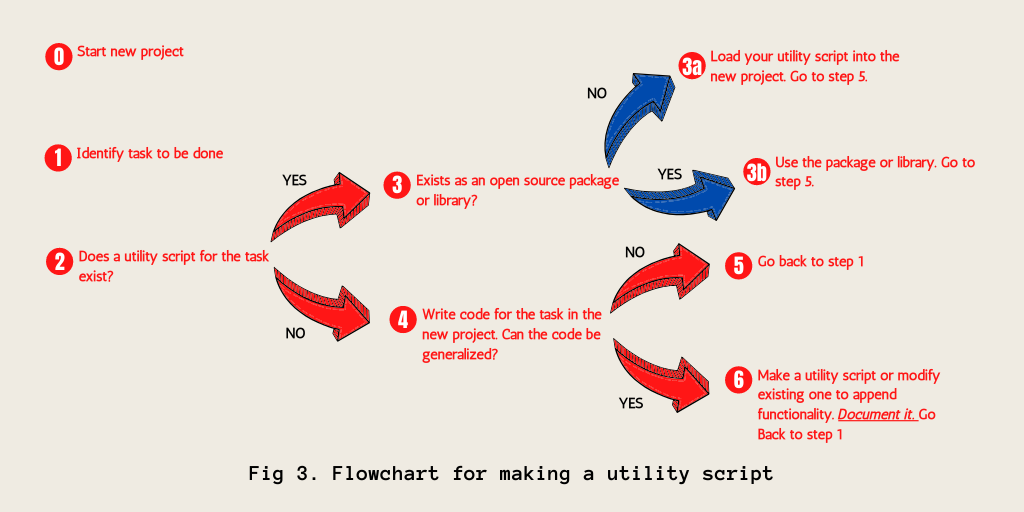 In this post, I have summarized key points on what utility scripts are, why we should use them and how we should be using them to maximize our productivity while working on data science projects. The article has been written based on my most favourite productivity hack when it comes to working on data-related projects.

If you got any productivity hack that you regularly use to make your work more efficient, do let me know in the comments!